Karl, a paragliding student, was devastated to see a serious accident on his first weekend learning to fly.

Set against the backdrop of the Yukon’s magnificent mountain scenery, Lift tells the story of how he reconciled himself to the challenges and dangers involved in his chosen sport.

“I have always been fascinated by the idea of flying, and did a little paragliding before moving to the Yukon for three months (and staying for six and a half years, and counting).

When I became involved in the Yukon Vérité documentary filmmaking program I decided to make a film about paragliding featuring my friend Karl. But once we started filming, it quickly became apparent that we were creating something very different than the straight-forward extreme sports action video I had originally envisaged, as our discussion morphed and matured from “Yahoo – let’s go shoot Karl jump off a mountain!” into a contemplation of integrity, commitment, courage, and awareness of the essence of the present.

Ultimately, Lift is an exploration of how we deal with our fears, and how we can develop and manifest our personal honesty in the things we do and in the choices we make for ourselves.” 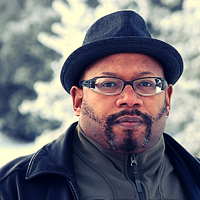 Ian became involved in the Yukon filmmaking scene in 2005.

His first film, Lift, was produced as part of the Yukon Vérité documentary film making mentorship program in 2006. It has screened in Yukon, BC and Ontario.

His other credits include the short drama Saved and the comedy die, die- don’t die!. Ian currently resides in Whitehorse, Yukon and is involved in several documentary and narrative projects in various stages of development.