When two street-postering dudes working the same neighbourhood collide at one pole, they must negotiate over turf.

“Pole was shot on no budget. The talented creative team invested much passion into the piece and endured an outdoor shoot on the coldest day of December. Paolo Mancini (co-writer, co-producer) and I wanted to make a short film despite the fact that we had no money for the project and very little time. We gave ourselves two weeks to conceive and shoot a short; Pole is the result.

We stuck to the old adage ‘write what you know.’ I started telling Paolo stories about the competitive subculture of ‘postering’ in the big city, and he was fascinated. I have done this kind of guerilla marketing work for many years on the streets of Toronto promoting different cultural events.

In the course of such dubious work I have been sabotaged, roughed-up and bullied by competitors. I have been hissed at by passers-by. Often, of course, a poster I put up would get cleaned off moments later. Makes you think about how damn futile the work really is.

Pole is a film about the absurdity of a day-in-the-life of a career ‘posterer.’ Kids: stay in school.” 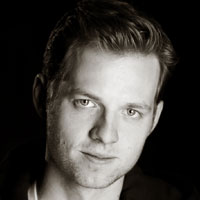 Peter is a director and actor working in film and theatre. Peter’s short film Pole has toured international film festivals and was shortlisted for the TIFF Top Ten Short Films of 2011. Peter’s most recent short film Final View premiered in competition at the 2012 EKRAN Toronto Polish Film Festival.

As an actor Peter recently appeared at TIFF in the Bravo!FACT short Model.