Tommy, The Provider & The Dance pick up awards in the NSI Online Short Film Festival

In the latest round of award presentations for the NSI Online Short Film Festival run by the National Screen Institute – Canada (NSI), Canadian short film Tommy, directed by Theodore Bezaire, won the $1,250 A&E Short Filmmakers Award; The Provider, directed by Brianne Nord-Stewart, won the $2,500 Shaw Media Fearless Female Director Award; and The Dance, directed by Pardis Parker, picked up the $750 Bite Comedy Award. The awards were decided by an independent jury.

Jury members had this to say about the films:

“Theodore Bezaire’s flawless direction of performance and cinematography in this father and son relationship piece are why we chose Tommy for best film.”

“Pardis Parker’s quirky use of colour, camera movement, music and wordless expression to tell a simple, silent love story are what made us choose The Dance for best comedy.”

“Brianne Nord-Stewart’s stunning use of cinematography and performance in The Provider caught our attention in this alternative-history horror short. The skill she showed while shooting it for a 48-hour filmmaking challenge secured it for us as the best short directed by a female.”

“The joy of life ran through this virtually flawless short film. On one level Tommy was so simple yet on another level so complex. It truly warmed my heart.”

“Pardis Parker’s timing and body language in The Dance was exceptional considering this film had no dialogue. The strength of humour conveyed by his gestures was enormously powerful.”

“Brianne Nord-Stewart’s strength lies in bringing out the best in her characters. She really worked holistically in The Provider to create a dramatic feel and story arc in this larger than life film.”

“Tommy successfully combines film school principals (develop a simple, authentic story with a creative arc and satisfying finish) plus ups it a notch by including a few ‘what not to dos,’ such as working with animals, kids and moving vehicles in production, to make an expertly conceived and executed short film.”

“No dialogue and cross-cultural romance gave The Dance universal appeal. The fact that it’s funny makes it all the more lovable and enjoyable.”

“[We saw] stunning performances from the leads and a creepily perfect sound design in The Provider which equals a terrific accomplishment from a director who’s on my ‘one to watch’ list.”

On receiving news that Tommy had won the $1,250 A&E Short Filmmakers Award the film’s producer Gerry Lattmann said, “This is a distinct honour for me as a producer. NSI is a first-rate organization offering so much to the Canadian filmmaker. This award would not have been possible without the diligent and persistent effort of my filmmaking partner Theodore Bezaire. He truly inspires my work. It’s great that he has earned this distinguished accolade – he deserves all the credit.”

Writer/director Theodore Bezaire said, “Tommy is a story inspired by personal events, so to see it connecting with others makes me feel great. We’re very proud of our work on the film and it’s truly an honour to receive this award from NSI.”

Theodore was born and raised in Windsor, Ontario. He has worked with some of Canada’s most reputable organizations such as – CBC, YTV, CMPA, Bravo!FACT and Telefilm Canada.

He has made various short films that have screened around the world. His short Pria won numerous awards including the audience choice award at both TIFF Kids (Sprockets International Film Festival for Youth) in Toronto and the NBC Universal Comedy Short Cuts Festival in Los Angeles.

Things to Do, Theodore’s debut feature film, premiered at the Slamdance Film Festival in Park City Utah to sold out crowds and rave reviews. It went on to have a theatrical release in select US cities, was a part of Mongrel Media’s Festival Collection, and is now available internationally.

He is currently in post-production on his second feature film, The Birder, starring Tom Cavanagh, Mark Rendall and Fred Willard. 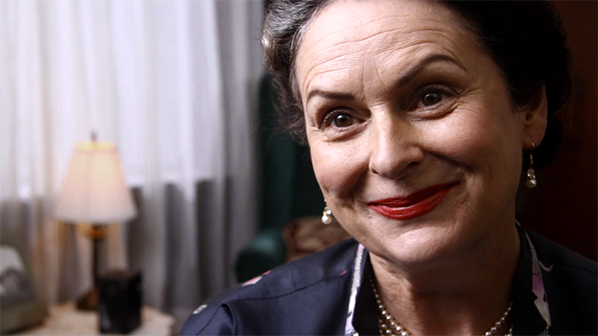 Brianne Nord-Stewart, winner of the $2,500 Shaw Media Fearless Female Director Award, said, “I’m very honored to be receiving this award in particular and I would like to thank NSI for the opportunity and the amazing cast and crew who made it all possible.” 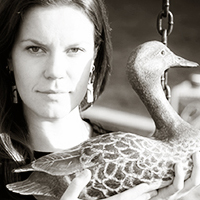 Brianne is a world-travelling filmmaker hailing from Edmonton and Vancouver, Canada. She has oodles of experience directing, writing, editing and producing acclaimed short films, working with documentary TV series, editing feature films and, most recently, writing and directing music videos.

Brianne is a talented young Leo Award winner who graduated in 2009 from Emily Carr University in film, video and integrated media. In 2008 she was one of 14 film students attending the prestigious Victorian College of the Arts in the bachelor of film and TV program in Melbourne, Australia.

Her career took off with the award-winning graduating film project Trolls (2009) which premiered to festivals around the world and won an honorable mention at the Academy® Accredited Clermont-Ferrand International Short Film Festival in France. Fifty film festival screenings and numerous awards later, the film has aired on Canal+, the Sundance Channel, and Movie Central.

Her subsequent short, The Provider (2011), starring Gabrielle Rose, was made for the Bloodshots Canada 48 Hour Film Competition and took home the Grand Prize. The film screened Coup de Coeur at the 2011 Cannes Short Film Corner and was officially selected by Cinéfest Sudbury, Vancouver International and other film festivals.

At the 2012 Whistler Film Festival, Brianne was one of five filmmakers short-listed for the MPPIA’s Short Film Award worth $115,000. She was also short listed in 2011.

Currently, Brianne is developing her first feature film My Mother Bribed Me With a Cat with award-winning producer Amy Belling and a multi-platform project with Rival Schools’ Corey Tracey called The Dangers of Online Dating.

Pardis Parker, whose film The Dance won the $750 Bite Comedy Award, said, “We had an amazingly talented and skilled cast and crew come together in Halifax to tell a love story that people of all ages, backgrounds, and nations could enjoy, regardless of the language they spoke. It’s an honour to have those efforts recognized. In celebration we’re all going to Disneyland! Or at the very least Tim Hortons. Disneyland or Tim Hortons. It’ll be a coin flip.” 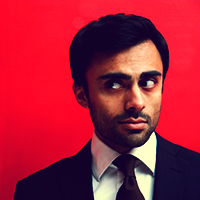 Pardis is an award-winning director, writer, actor and comedian.

His films and music videos, including The Dance, Afghan and Two Men, Two Cows, Two Guns, have screened at over 150 film festivals worldwide and received over 80 awards and nominations.

He has received multiple best actor nominations for his work in The Dance and Afghan, and has appeared in television and film on both sides of the border including Combat Hospital on ABC, Little Mosque on the Prairie on CBC, Single White Spenny and Moderation Town on Showcase, Really Me on The Family Channel and indie drama Snow.

A six-time Canadian Comedy Award nominee and a finalist for Canada’s Next Top Comic, he currently resides in Los Angeles where he’s a regular performer at the Hollywood Improv, Hollywood Laugh Factory and World Famous Comedy Store.

A regular blogger, you can read words that he types at www.pardisparker.com.

Maureen Levitt is a development executive for Super Channel, Canada’s only national English Pay TV service, and privileged to work with the independent production community in Western Canada and the Territories to bring their feature length films and documentaries to the screen.

Joy Loewen is a passionate supporter of the production, promotion and exhibition of Canadian programs. Having previously held positions with WTN, CBC, NSI, Gimli Film Festival and the Canadian Film Centre, she is currently the senior manager at On Screen Manitoba.

Nicholas Humpries is the award-winning Vancouver director of The Little Mermaid, Death Do Us Part and Riese: Kingdom Falling.