Set in a fantasy world above the clouds, Cloudrise follows a pivotal moment in the lives of two lovers as they face a great challenge.

Cloudrise is a short animated film inspired by first love and the unbearably painful moments in contrast with the extreme highs of happiness all distilled down to one moment. 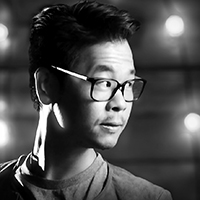 He is a self-taught visual storyteller, gaining experiences from producing an array of different types of media. He currently works in the industry as a visual fx artist and film compositor.

His own works include a short science-fiction film, Somnius, which made its premiere at the San Diego International Comic-Con film Festival in 2013.