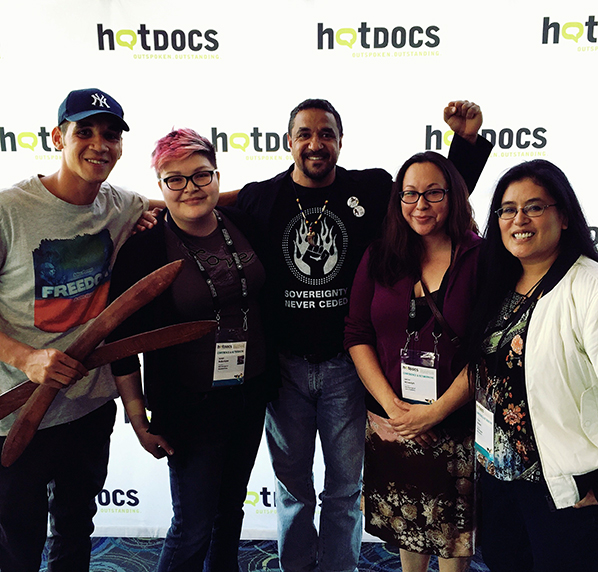 As part of training, our NSI Aboriginal Documentary students recently attended the Hot Docs Canadian International Documentary Festival. And we asked them to write about it.

Program co-manager Elise Swerhone also wrote about her time accompanying the students to the festival.

It was great attending Hot Docs in Toronto for the first time. It was a whirlwind of screenings, workshops and connecting with other filmmakers.

As a group, the NSI Aboriginal Documentary program participants had meetings with people from CBC Docs, BravoFACTUAL, imagineNATIVE, NFB and some established documentary filmmakers to share information about their programming and journey to make their films. Thank you to everybody who made time to see us.

The highlights for me were some of the great documentaries we saw at the festival, especially Angry Inuk and Zach’s Ceremony.

Three of us from the program who saw Zach’s Ceremony together got invited out to dinner by Zach [Doomadgee] and his father, Alec [Doomadgee], the producer of the film. They were visiting from Australia to screen their film and talked about wanting to tour First Nations communities with their film.

Along with being a filmmaker, I also program the mispon Indigenous Film Festival in Regina, Saskatchewan with my producer Janine [Windolph] who is president of the board. It was great to make that connection because we would like to bring them [Zach and Alec] to our community in the future to screen their great documentary.

Thank you to the National Screen Institute for giving us the opportunity to attend such a great festival – one that I have been wanting to take in for a long time. Toronto is the perfect city to host it and we loved reconnecting with our NSI Aboriginal Documentary friends. 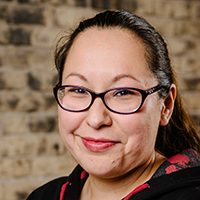 My time in Toronto attending Hot Docs was the highlight of this year. It was my first visit to Toronto and I was grateful to the NSI Aboriginal Documentary program for inviting us.

I am excited that we widened our funding and distribution possibilities. The information helped in terms of professional development, and with the project I am producing, From Up North, directed by Trudy Stewart.

The screenings were the highlight of the festival.

Alethea Arnaquq-Baril’s Angry Inuk was an exceptional film that woke me up to the impact seal activists have on the life of the Inuit up north. The film is a powerful tool for awareness that reveals there is still much work to be done.

Another powerful film was Zach’s Ceremony by Aaron Peterson that followed the transition of Zachariah Doomadgee from a child to a man.

Sonya [Ballantyne], Trudy [Stewart] and I were happy to be invited out for dinner with Zachariah and his father Alec after the screening where we learned more about them and their goals for the film. They were inspiring and amazing storytellers. 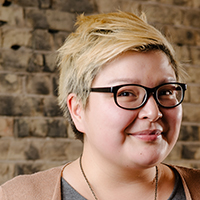 We spent a few days in Toronto for Hot Docs where we got to speak to representatives from organisations like NFB, CBC and imagineNATIVE. It was a whirlwind of fun and way too many little chicken kebabs in the networking tent.

One of my favourite things about the NSI Aboriginal Documentary program is the chance to meet other Aboriginal creatives. As a person who grew up without a lot of friends who were into film or writing, I’ve always found it valuable to spend time with Aboriginal creative homies.

It was good to see my non-Winnipeg friends again, particularly Trudy [Stewart] and Janine [Windolph]. The three of us attended the screening of Zach’s Ceremony. I was told about the film by an Australian friend and loved the trailer. Zach says that people in the city see him as black and people in his home community see him as white. That really resonated with me.

Films focusing on pale-skinned Natives aren’t a big genre yet in Canada and it’s the Australians that keep having the best ones. I was happy to see so many Native people at the world premiere screening as you tend not to see too many in Toronto (except when I look in the mirror).

After the screening, we hung out with Alec and Zach Doomadgee (the producer and subject of the film) who invited us out for supper where we talked about possible future collaborations and the similarities of our backgrounds. Zach and I also talked about Superman and other nerd topics.

I love when things like our supper with Alec and Zach happen. I do appreciate planned events like all the cool meetings we had during the week but I had such a great time talking with other filmmakers about potential future projects and getting ideas.

Networking events with free-flowing alcohol have always made me feel uncomfortable and I had been told in the past that this discomfort may be detrimental to my career.

However, random meetings with Alec and Zach, being able to hang out with Elle-Maija Tailfeathers, walks back to the hotel with Sage [Daniels] and our session with Rama Rau were more valuable to me than anything else. 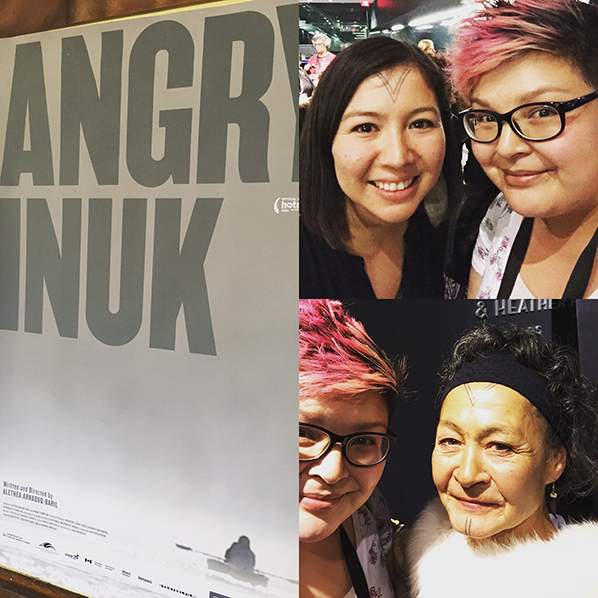 Above: (top) Sonya with Alethea Arnaquq-Baril and (bottom) with Aaju Peter

I was so uncertain about where my project was going, but hanging out with all these awesome people helped me find out what sort of story I want to tell and has given me the confidence to tell it.

I am really thankful to Alec, Zach, Trudy, Janine, Elle-Maija and Sage for their time during the week and I hope I gave them at least a little bit of the inspiration they gave me.

I wish I could have seen more movies. I was only able to see Zach’s Ceremomy, The Legacy of Frida Kahlo and Angry Inuk (all of which were amazing) but I guess there’s always next year.

Hopefully my project will be among all the awesome ones next year. 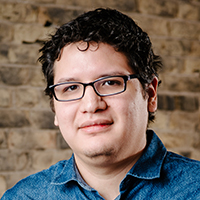 I have to say that I fully enjoyed my visit to Hot Docs in Toronto. I feel overloaded with all the information that I took away from the festival. I fully appreciated all the seminars I took part in.

From learning how to pitch to finding out what certain broadcasters are looking for their upcoming submission windows, I feel secure about presenting my ideas to these entities in the future.

I also loved how we were able to present our projects to so many people and drum up support for our documentaries.

In going to these events we had a breakthrough in our project. By seeing well-done and well-constructed documentaries we were able to take the spirit of what made them good and apply it to our project.

Next I hope to work with our mentor to hammer out the finer details of our project. 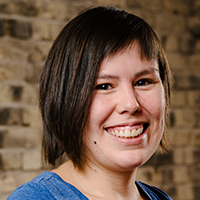 I would like to extend a huge thank you to NSI and Elise Swerhone for organizing the Hot Docs trip and two full days of one-on-ones with broadcasters, producers and distributors.

We met with Charlotte Engel and Lesley Birchard from CBC, and Inga Diev from Ouat Media to name a few. It was a great opportunity to make connections and learn firsthand what their respective companies are looking for in doc submissions.

On top of all that, I managed to squeeze in a few movies: Sour Grapes, Southwest of Salem: the Story of the San Antonio Four and Angry Inuk.

Alethea Arnaquq-Baril’s Angry Inuk had its world premiere at Hot Docs, and was met with a standing ovation. The powerful social action doc shines a light on the importance of the commercial seal skin market to the Inuit and their survival. Seal hunting is a food security issue for Inuit, while animal welfare groups publicize negative misconceptions about the seal hunt, further crushing the industry.

I also had the chance to take in the bravoFACTUAL pitch competition where NSI alumni Alexandra Lazarowich pitched Finding Home.

Can’t wait to see the rest of the NSI Aboriginal Documentary teams when they come to Montreal for post-production at the NFB. 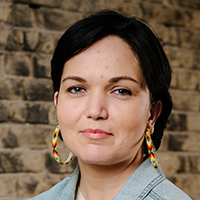 Travelling to Toronto and leaving my quiet territory was adventurous, to say the least.

Our daily schedule consisted of meeting with broadcasters, fellow filmmakers and distributors: key players in film and television.

Our facilitators gave us insight into the latest trends in the industry and funding opportunities which is valuable information for an emerging artist trying to launch their career.

I’m humbled to be a part of this film community and I would like to thank the funders and NSI for their guidance and generosity. 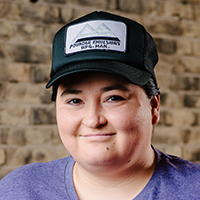 Hot Docs was an amazing experience.

Everyone was incredibly friendly and supportive during my week there. The few movies I saw were interesting and engaging and presented by the directors so I got the opportunity to ask questions and sometimes spend one-on-one time with them.

Most of my time though was spent at industry events. The seminars included some of my favourite filmmakers and introduced me to some new favourites.

Networking events were beautifully planned and resulted in contacts and friendships that I know will be fruitful in future.

I enjoyed the experience and definitely hope to one day present a film at this prestigious Canadian film festival. 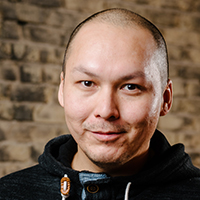 This year featured many great filmmakers, producers and films from across the globe and many genres of documentary. There was even a happy hour tent that was packed daily. Who can say no to free drinks, right? Especially us filmmakers who can tell endless stories among the chatter.

Aside from the open bar, there was even more to be said for the amount of great cinema that was shown here.

I was able to catch Alethea Arnaquq-Baril’s epic documentary, Angry Inuk. After the show I met up with her and wished her much success. She is a very gracious woman.

I also saw Sour Grapes, one of the most interesting and intriguing films about the wine industry that I have ever seen. It opened my eyes to how the filmmakers used limited archival footage to create mystery. No spoilers here. Go see it!

And, of course, the seminars and master classes. With an assorted lineup of industry presentations, it was Brian Newman’s branded docs workshop that spoke to me. He was very helpful answering questions. A great guy with a great success story.

We were happy to learn that Elise Swerhone had landed a sit-down chat with Rama Rau, the director of opening night film League of Exotique Dancers about an aging burlesque dancer in Las Vegas. Her film was the talk of the festival.

Rama shared with us her many success stories as well as battle scars that helped shape the filmmaker she has become today. It was truly an honour to meet her.

I could go on and on about the people we got to meet but that’s not my style. Let’s just say that filmmaker to filmmaker, we got to trade stories, gossip about the future and get a little tipsy along the way. We even had the Manitoba delegation (as I dubbed it) show up and join in the chatter.

It was truly an inspiring, fun atmosphere and great to be with people who speak our language.

A big shout out to the National Screen Institute and the NSI Aboriginal Documentary team.

NSI Aboriginal Documentary is a development launch pad for producer/director teams looking to produce a short documentary. Teams are paired with an industry mentor to help with the final development and production of a 10 minute documentary.