Ryan, a lovelorn 27-year-old, is out with his girlfriend Emily when she drops the We-Need-To-Talk, sending Ryan into a tailspin of all his previous relationships.

The inspiration for A Great Guy came from overhearing a conversation where a girl broke up with her boyfriend. Before expressing her true feelings, she called her boyfriend a great guy as a way to ease the blow of what was coming.

I took it a step further and thought, what if you’re repeatedly told you’re a great person but can’t find true love? What would that do to your psyche? My goal was to let the audience feel the awkwardness of putting yourself out there in the dating world.

A Great Guy is a comedy with a familiar premise, the coffee date where someone has to present the bad news. When Emily tells Ryan they “need to talk,” Ryan is thrust into a manic fever dream, seeing apparitions of his ex-girlfriends at the coffee table in place of Emily. Ryan is confused as these former flames repeatedly break up with him, setting the stakes for what Emily will do to him.

The story and presentation of A Great Guy may have a theatrical feel, but I consider it an almost virtual reality experience. Not only is Ryan the protagonist of the film but, for most of the running time, the audience is also Ryan. Ryan’s fever dream is shot in a first person POV, allowing the audience to see and feel through his eyes.

The actors staring into the lens come from my appreciation of Jonathan Demme’s use of semi-fourth wall breaking close ups in The Silence of the Lambs and Philadelphia. The editing complements the cinematography, showing Ryan’s confusion and anxiety through quick cuts and the overlapping dialogue of his ex-girlfriends.

My aim was to create an overwhelming feeling and slight discomfort with the audience as a way to empathize with Ryan. As Roger Ebert once said, “Films are empathy machines.”

A Great Guy is a comedy that puts its characters and audience through a wave of different emotions in a short period of time. Enjoy the ride. 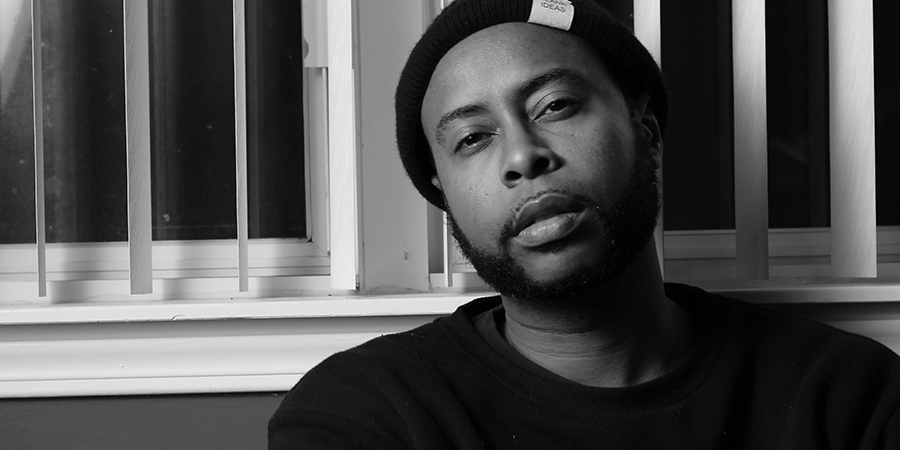 Adrian Patterson is a Toronto-based filmmaker. He studied filmmaking at Toronto’s Centennial College, where he developed a surrealist style that encompasses his narrative and music video work. His films have garnered numerous awards and nominations.

A Great Guy screened at the Toronto Independent Film Festival and won the best short film award at The Shortstack Film Festival.