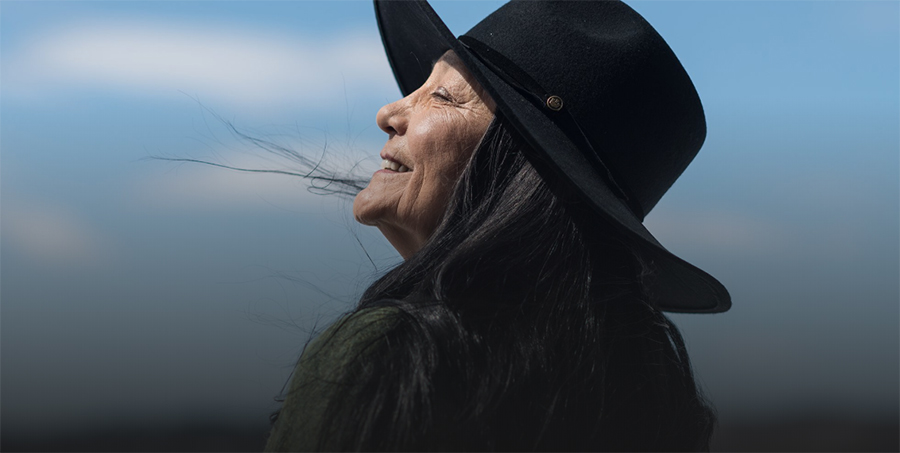 Above: feature film Falls Around Her from Darlene Naponse

We’re looking at Crave today in part five of our series about online video platforms featuring projects by NSI alumni.

Sign up for Crave and get seven days free.

I think we’ve mentioned we’re proud of our NSI family. Our alumni continue to impress us with their content and we are grateful to the platforms that showcase their work. Scoop some ice cream and don’t forget the whip cream – it’s time to dive in to Crave!

Forty kilometres from nowhere and way beyond normal is Corner Gas, an ensemble comedy series about a bunch of nobodies who get up to a whole lot of nothing in the fictional prairie town of Dog River, Saskatchewan.

Jann Arden plays a fictionalized version of herself: a singer songwriter of a ‘certain age’ dealing with the harsh reality that her former music career is now on a slow, relentless slide into obscurity.

The residents of Letterkenny belong to one of three groups: Hicks, Skids and Hockey Players. The three groups are constantly feuding with each other over seemingly trivial matters; often ending with someone getting their ass kicked.

Based on the best-selling novels by Kelley Armstrong, Bitten is an emotionally charged thriller that follows reluctant heroine Elena Michaels, the world’s only female werewolf, who is forced to take on harsh responsibilities, in a male dominated world.

Cardinal struggles to right past wrongs that could derail his investigation and end his career, as the cases grow more violent and twisted, and the clock ticks down on the killer’s next victim.

The fur trade of the late 18th century is a time of greed, violence and ambition — the more money that flows, the more blood is spilt. Everybody wants the same thing, but only one can have it.

Each episode begins by revealing not only the victim, but the killer as well. It’s an intense cat-and-mouse game as the homicide team sets off to piece together clues from the crimes committed.

After witnessing a woman’s suicide, Sarah assumes the stranger’s identity, who looks like her. Expecting to solve her problems by taking the woman’s savings, Sarah is instead thrust into a mystery as she realizes the truth: she and the woman are clones.

The story of Mary Queen of Scots’ rise when she arrives in France at 15, with her three best friends and betrothed to Prince Francis.

After waking up from a coma, former chief of surgery Charlie Harris struggles with a secret that could jeopardize his career and his relationship with fiancée Dr. Alex Reid: he can still see and communicate with ghosts.

A skilled emergency medicine doctor flees Syria for Canada, in hopes of finding his place in a new hospital and country.

In the 1960s, a teenager thinks her dreams of becoming a singer will come true when a famous musician is stranded in town, but when a chemical plant leak turns people into mutants, her dream turns into a nightmare.

When cannabis becomes legal in Canada, boutique weed dealer Anne Banting swiftly runs out of options to pay the bills. Her ‘loyal’ customers are now buying from the government regulated weed shops, and her friends struggle to sympathize with the weed dealing life she’s cultivated for herself.

A world-famous Anishinaabe musician returns to the reserve to rest and refresh herself but finds that her fame and the outside world intrude.

Disillusioned with the tedium of his existence, psychiatrist Hector confesses to his girlfriend that he feels he is a fraud for dispensing recommendations to patients who never seem to improve or get any happier.

Recent MIT grad Matt Franklin should be well on his way to a successful career at a Fortune 500 company, but instead, he rebels against maturity by taking a job at a video store.

Dr. Anne Innis Dagg re-traces the steps of her 1956 journey to South Africa to study giraffes in the wild. Now, at 85 years old, Anne sees a contrast between the world of giraffes she once knew and the one it has become.

A man who abandoned his family now risks everything to find his missing daughter, including exposing the secret that he is becoming invisible.

Two methadone users in a small town try to survive by mowing lawns, bound together in their desperation.

If you're an NSI graduate with news to share about your latest project, get in touch and we'll get the word out on our website in alumni news, and social channels.

At NSI, we’re passionate about nurturing storytellers because stories connect us all.

Please consider a donation to support our talented students as part of your charitable giving. Big or small, your gift will provide value-added essentials that enhance their training experience.

Tax receipts are issued for all gifts. Thank you for considering a donation.