An idyllic picnic turns dangerous, forcing a kidnapped woman to struggle with her delusional ex-lover in a surreal exploration of love, obsession and letting go.

De Puta Madre was a working title that stuck. It’s about a crazy Latin love affair a woman escapes into and then from. I added the A Love Story after production because I didn’t want people to think this was a Spanish language film.

Spanish is such a creative language and, to me, this title sums up the movie and that kind of dangerous and exciting romance.

It got me thinking about a certain kind of love where someone thinks just because they love you, they own you. I wanted to focus on the emotional aftermath of this sort of relationship.

I had always wondered what all those lost Ophelia-esque girls in white dresses wandering through open fields and riverbeds were really doing. This romantic, disappointed and iconic image doesn’t serve women and is probably born out of a man’s idea of a little girl’s silly unhappiness.

I wanted to break free from this. I wanted to be honest about what happens to someone emotionally after escaping an abusive relationship. I didn’t want the woman to be a victim. Her kidnapping is completely voluntary. She was always free to begin with. It is the woman’s own spiritual journey to come to terms with that in her own way and in her own time.

It’s hard to see ourselves in painful memories. We are blurry but the one who hurt us is crystal clear. De Puta Madre: A Love Story lives somewhere between the conscious and unconscious mind.
The memories run their course, the subconscious screams for a choice to be made and, when we finally wake up, everything comes into the sharp, hard focus of reality. 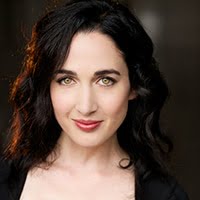 Catherine Black is an award-winning Canadian actress, artist and filmmaker. She grew up in Owen Sound, a hilly artists haven in Southern Ontario.

On her childhood snowmobile, Catherine disappeared into endless fields very fast. She is inspired by the outdoors. Nature and wide open space play a prominent role in Catherine’s art. It was the unsupervised moments running around outside that informed so much of her strength, independence and artistic taste.

Catherine is a self-taught painter. Her paintings have been exhibited internationally since 1997. Most recently Catherine photographed and wrote about the journey of her large oil paintings travelling from her family farm in Fergus, Ontario across the Old Oregon Trail to California. This was Catherine’s own Westward Expansion.

As an actress for 20 years, Catherine is best known for her role as Vanden in American Psycho, performing with Christian Bale, starring with Crispin Glover in The Donner Party (Showtime) and multiple guest-starring roles, most recently on season 2 of Playing House (USA).

Catherine’s extensive practice as an actor and artist has rooted her artistic vision in filmmaking.

Catherine is currently in production for her latest film, Girl Trip, a short horror-comedy about the dark side of female friendship.