An alien befriends a teenage sci-fi nerd but becomes angry at humanity when he sees how aliens are portrayed in film.

A Visitor’s Review started with a very literal hypothesis: in the event that aliens would finally make contact and watch our media, what would they think about the way we’ve portrayed them in movies?

I don’t think anyone ever really thinks about that because we’re kind of subconsciously fed this idea that humans are the only and/or most significant beings the universe which, in my biased opinion, has drastically boosted our already dangerously inflated egos.

Although there are plenty of sci-fi movies that portray aliens in a positive light, many of the iconic sci-fi films portray aliens as bloodthirsty and invincible monsters, and if aliens with feelings ever saw that they’d probably be pretty pissed.

This film was such a joy and a dream to work on. Huge thanks to my super-talented cast, and to my friends who graciously volunteered to be part of this crew. I can’t thank them enough for making this happen. And to the viewers: I hope you enjoy the film! 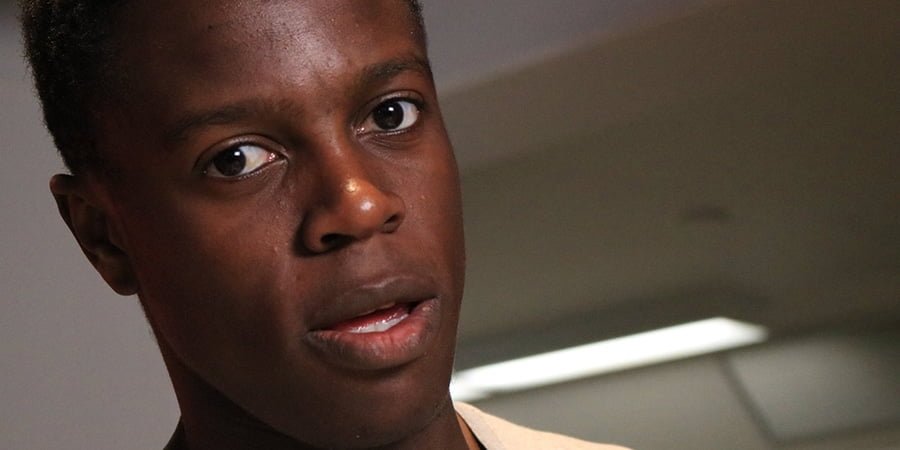 Ryan Mutama wrote this bio in the third person. He is a writer, director and comedian from Vancouver who was inspired to embark on his journey after watching some alright stand-up at a local bar.

Although he had always watched and enjoyed stand-up from influences like Dave Chappelle and Chris Rock, it had never before dawned on him that comedy was a thing that nobodies could just walk up and do in front of a sparse crowd of disinterested strangers. In hindsight he realized that the delay to this revelation was actually to his benefit because, for his first three months on stage, he bombed.

Despite this, he continued to hone his craft as an all-round comedian, currently working his passion for joke-telling into the visual medium of filmmaking. He is grateful to have written and directed his first short film A Visitor’s Review, which was funded as a part of TELUS STORYHIVE’s 2018 digital shorts edition.

His favourite thing to do in the world is laugh and spread that joy to others.