Lou works for the city cleaning up road kill. One day he finds a mysterious purple high heel under a raccoon and his quest to find the shoe’s owner leads him to a woman who is just as quirky and solitary as he is.

“Two Penny Road Kill has been an amazing journey of challenge and discovery since its inclusion in the FILM 5 Program through the Atlantic Filmmakers’ Cooperative.

As a first time writer/director, it was an incredible opportunity to bring this story to life, with long time collaborator Lora Campbell.

The story idea came from many Nova Scotian road trips where I saw too much road kill and really got to thinking about whose job it was to clean it up. What kind of person does this job? How do they live? Somewhere within these thoughts the story began to form and have life.

Through this film I wanted to explore issues of loneliness and contentment. I found that having Lou and Maggie be older characters raised the stakes for their meeting and added a level of sincerity to their connection.

I am also very interested in telling stories visually with minimal dialogue and had fun playing with these concepts.” 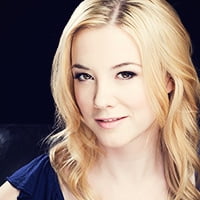 Lisa Rose Snow is an actor/director/writer from Halifax, Nova Scotia.

Beginning as a playwright, her play Naked won Fringe Hit at the 2010 Atlantic Fringe Festival and bronze in The Coast’s ‘Best Production 2011.’

Snow was accepted into AFCOOP’s FILM 5 program as a writer/director with her script Two Penny Road Kill which was filmed in April 2013 and premiered as part of the CBC Shorts Gala at the Atlantic Film Festival.

In March 2013, Snow was awarded a Wave Award during WIFT Atlantic’s annual conference – the first time this award has ever been given to an emerging artist.

She is currently in development on two features. Little Louise’s Menarche is being developed through the Atlantic Film Festival’s Script Development Program.

Her next film, When Fish Fly, will be produced through the NSI Drama Prize course in spring 2014.