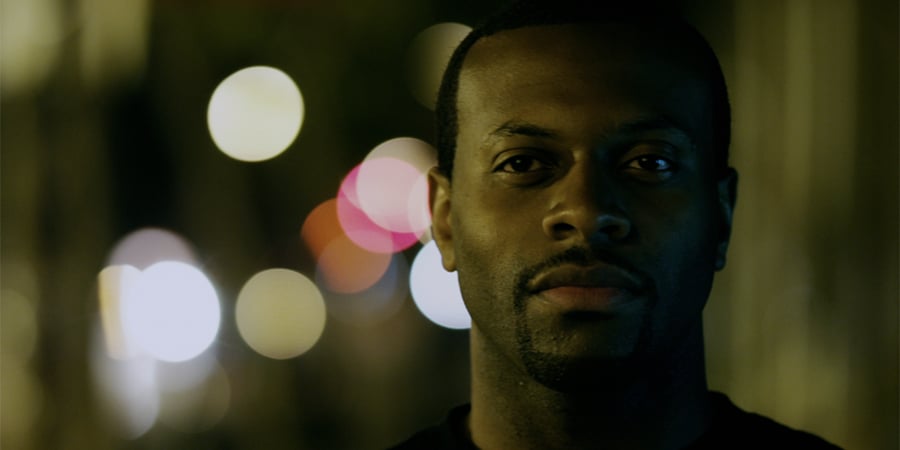 When a bouncer observes the fallout of a couple’s argument outside a nightclub, he performs an unexpected act of kindness.

“Nicolas Billon came to me with a story about a cashier in a liquor store who takes action in the most unobtrusive way when he notices a man behaving abusively towards his girlfriend.

The clerk was the kind of person we have simple transactions with in our daily lives but don’t give much thought to or even notice. I was drawn to the idea for the way it pulled this character into the foreground.

With a few props and lighting, designer Joanna Yu and cinematographer Daniel Grant transformed a doorway near a corner on Toronto’s Queen Street West to create a club entrance. Our cast Andre Sills, Amy Rutherford and Brandon McKibbon fleshed out their characters in rehearsal.

I am proud of how we all worked together to put across the subtle human interaction Nicolas wrote.”

Her short films have screened at dozens of film festivals and on the internet, and sold to broadcasters around the world. Critics have called her work “beautifully realized” (The Globe and Mail) and “refreshingly understated and self-possessed” (Ottawa Citizen).

Jane’s several years as advisor to NSI’s Drama Prize course culminated in the 2011/12 directors’ films being invited to TIFF and the Cannes Film Festival. She teaches directing at Sheridan College.

Jane is attached to direct Goodnight, Amherst, a feature film produced by emerging producers Farah Merani and Lauren MacKinlay. She is also developing a feature film with producer Daniel Bekerman. She lives in Toronto and frequently visits the Ottawa Valley.