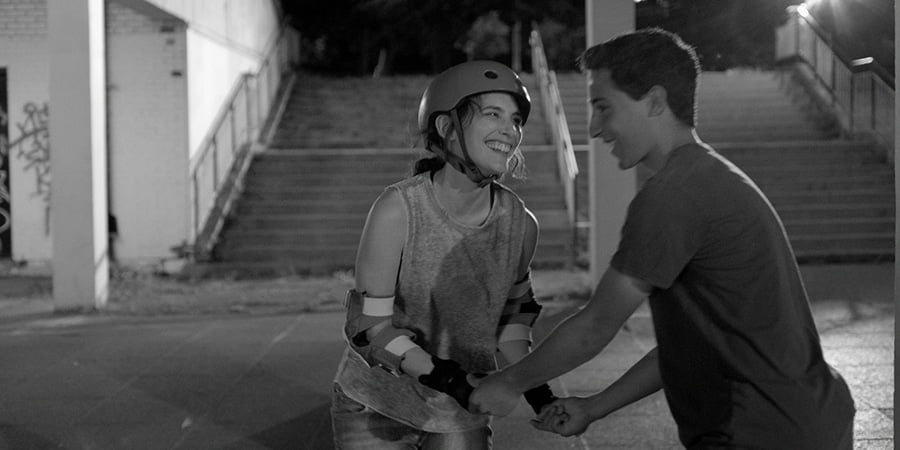 A woman secretly starts taking skateboarding lessons from a handsome teenager to avoid dealing with the problems in her marriage.

Our goal with Bickford Park was to capture a married couple’s relationship that has stagnated over time. It’s nobody’s fault necessarily. And it happens to the best of us – you get sucked into your own bubble and start losing sight of each other.

As a married couple that makes films together, we know this feeling all too well and the danger it has for your relationship. That’s the emotional core we wanted to explore while ensuring the answer for this couple isn’t to give up on one another, because that’s the easy way out.

Our choice of filming in black and white was to show the lack of vibrancy in both their relationship and their individual lives. This vibrancy is what they need to get back.

About Linsey Stewart and Dane Clark 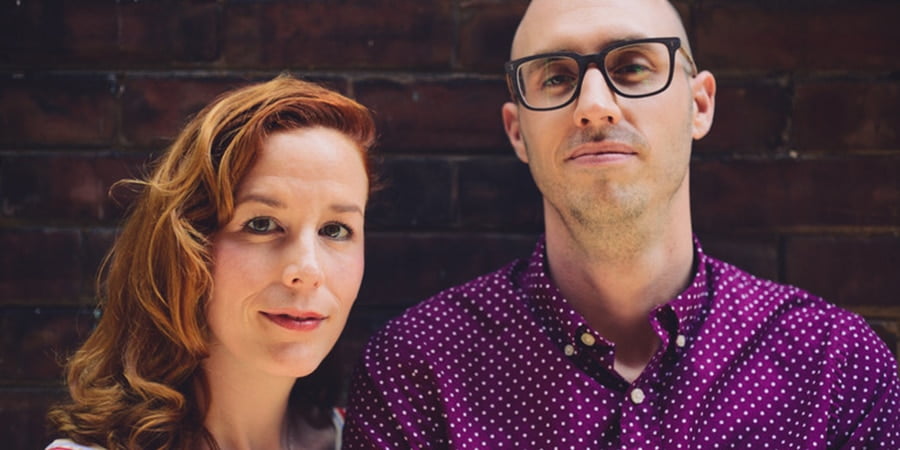 Linsey Stewart and Dane Clark met during their Writers’ Lab stint at the Canadian Film Centre. They became best friends, fell in love, wrote scripts and now they’re married. To each other.

Their first collaboration as writers/directors was on the short film Long Branch, which won several festivals, became a Short Of The Week winner/Vimeo Staff Pick and was named to the Viewfinder List of Top 10 Shorts as voted on by Hollywood execs. Their next short, Margo Lily, premiered in Telefilm’s Not Short On Talent program at Cannes and won the A&E Award for best film in the NSI Online Short Film Festival.

In 2013 they were named People To Watch by the Toronto Star and shot their first low-budget feature, the romantic comedic thriller I Put a Hit On You, which premiered at the 2014 Slamdance Film Festival, was picked up by Mongrel Media and received NNNN’s in Now Magazine.

They recently won a WGA Award for their AwesomenessTV web series The Commute, have been writers/consulting producers on the last four seasons of CBC’s Mr. D (Linsey also directed an episode), and their short film Bickford Park premiered at the Toronto International Film Festival in 2017.

They are currently developing their next feature Merv with Matt Baer Films and adapting the critically acclaimed YA novel Ms. Bixby’s Last Day for Gunpowder & Sky and Walden Media.