A lonely boy is drawn from the monotony of waiting on his alcoholic father by the lure of a forbidden trunk in the basement.

“Trevor Kristjanson was asked to write a short film by producer Kyle Irving of Eagle Vision. Trevor is a gifted comedic writer and, when I was asked to direct Sea Legs, I was stunned and in awe of Sea Legs’ depth and simplicity. I fell in love with the story, which was very personal to Trevor and set in his hometown of Gimli.

Throughout the very short development process (I think we shot it within two weeks of Trevor writing it) the team worked together to give this great story the treatment we all felt it deserved, and that included planning the shoot in Gimli.

We invited our dream cast to play the roles.

Karl Thordarson and Ali Tataryn and I were working together as actors on the pilot for the web series WindCity, and I knew they were the ideal choice for the roles of the Grandfather and the Grandmother. Everyone accepted the invitation, and we were off to Gimli.

Shooting in Gimli was like a dream. The weather was perfect, people opened their homes to provide authentic locations and the cast and crew loved our breakfasts at the Oldie, and suppers at the Beach Boy. Premiering the film at the Gimli Film Festival was our dream, and we were grateful to have it realized.

Sea Legs is a film about love – the love between a father and his son (two generations of that sort of love), the love between a husband and a wife, and the love a child has for grandparents he’s never met. And all of this love is challenged by alcoholism. Because much of the film is without dialogue, the subtext was particularly important. The actors embraced learning the secrets of their characters, and as I watch the film I love seeing those secret moments play out.

Alcoholism touches many families. At the end of the film, there isn’t a warm hug of resolution because there is no resolution with alcoholism. But we hope there is a sense of hope, because that’s what love is.” 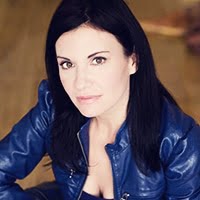 Rebecca Gibson started her career as an actor in the theatre, performing Shakespeare as a teenager, and then making the transition to film and television. Credits include her award-winning role in the film that launched The Murdoch Mysteries, the NFB/E1/Eagle Vision film We Were Children, and the film American Girl: Saige Paints the Sky.

Writing credits include the award-winning series Tipi Tales, the television special Rising Stars, the drama H&G (which recently played at the Vancouver International Film Festival and the LA Femme Film Fest in Los Angeles, co-written with Danishka Esterhazy), and several plays including The Naked Woman for which Rebecca won a national playwriting competition.

Projects in development include the feature films Home School (a teen comedy, with director Sean Garrity); The Prairie Bridesmaid (co-written with best-selling novelist Daria Salamon and also to be directed by Sean Garrity); Skinner (a thriller, with director Shelagh Carter); the series The Cardinal Rule (co-writing with Melissa Kajpust and set to star Corner Gas’ Lorne Cardinal); and the teen comedy Jane Garbage, with her production company Red Czarina Entertainment (to be directed by Danishka Esterhazy).

Rebecca played the lead in the web series WindCity, for which she was also on the writing team with Paul Vieira, Trish Cooper, Sarah Constible and Kevin McDonald of Kids in the Hall.

As an actor, Rebecca will play the lead in the upcoming film Q&A to be directed by Ashley Hirt. Rebecca is a graduate of the New York Film Academy.